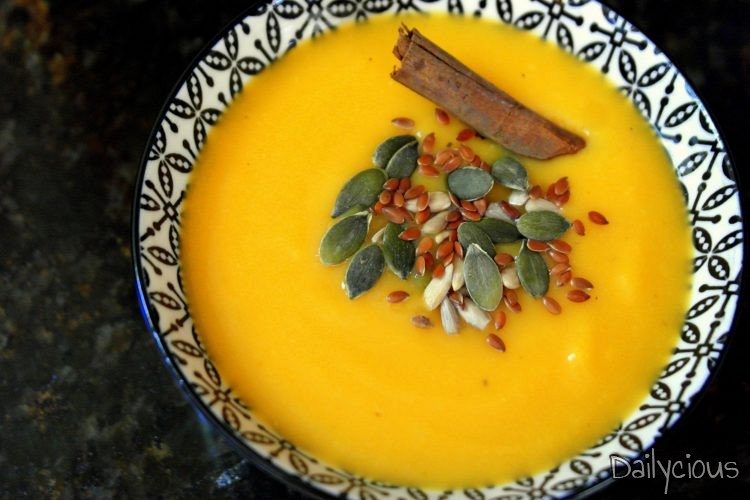 Smooth and flavourful soup that will satisfy vegans, made with pumpkin, potato and leek, spiced up with cinnamon sticks and sprinkled with roasted mixed seeds. The addition of cinnamon gives an exotic and heartful flavour to a simple seasonal dish. 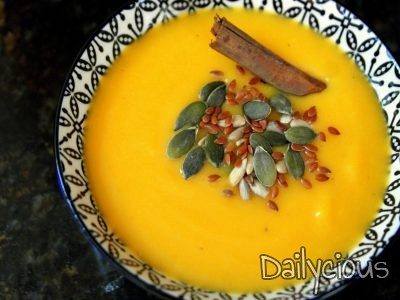