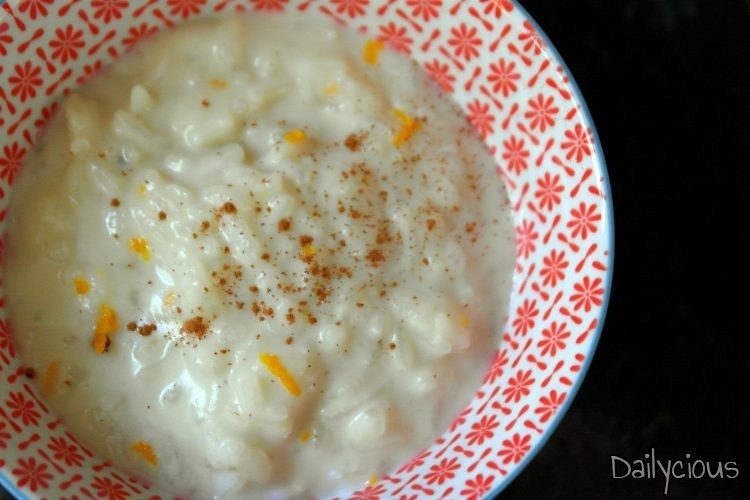 Extremely delicious rice pudding with an exotic twist made with coconut milk, cinnamon, fresh ginger, vanilla extract and orange zest. The flavour is delicately sweet and the texture gentle and comforting, but it’s also rich and creamy. It can be served either warm or cold. (Adapted recipe from Gena Hamshaw)